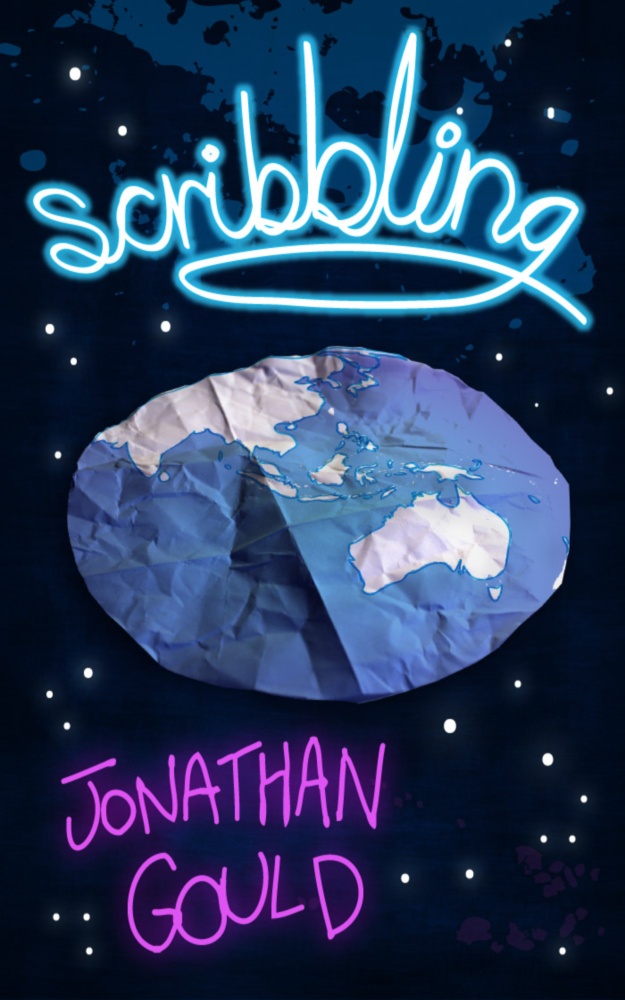 The sequel to the Goodreads Choice semi-finalist Doodling.

Neville Lansdowne pushed the world out of shape.

He didn’t mean to do it. He didn’t even realise he had done it. If you had asked him, he would have said that, as far as he could tell, the world was the wrong shape to begin with.

In a world that is totally the wrong shape, Neville meets a new bunch of eccentric characters, and embarks on another strange and wholly unexpected adventure.

What reviewers are saying about it

This novella is quirky, humorous, infinitely appealing, and original. Jonathan isn’t just an excellent writer: he has the ability to turn his imagination into an enchanting experience for the reader.
– Cath ‘n’ Kindle Book Reviews

This reader could not stop laughing, until the end, it is a remarkable story.
– Message to my Children

Gould does a magnificent job of creating stories with multiple layers – an amusing and fluffy story on the story – a significant political satire deeper down.
– Now is Gone

Available as an ebook from: