A borse is a borse of course – World Animal Day 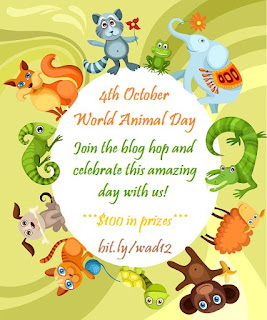 Well who would have though it. Today is world animal day. And to commemorate that, I’m participating in a really fun event – the World Animal Day blog hop sponsored by Terri Giuliano Long and David M Brown.

So, of course, today I’m going to talk about animals. Not just any kind of animals. Today I’m going to be talking about a rather special animal called a borse. If you’ve read my novel, Magnus Opum, you should already know a bit about what a borse is. It’s the chief beast of burden used by the Kertoobis, who are the central race within the novel. A borse looks a little like a cow and a little like a pig and not a lot like a horse at all.

However, the thing that makes a borse quite extraordinary is the fact that the two legs on the left are substantially shorter than the two legs on the right. In the book, there’s quite a bit more about how unsuitable borses actually were for any kind of manual work, and how stubborn the Kertoobis were for insisting on using them anyway, but I won’t go into that now.Instead, I want to tell you about something even funnier related to borses that I discovered not long after the book was released.

It was my dad who told me first. I can’t remember where he said he got it from, but he told me there was in fact a real animal that had a similar discrepancy re the length of its legs. Of course I didn’t believe him (he has a great tendency to take the piss out of me) so I had to look it up. I didn’t find anything substantial, but I did discover there is actually a long history of fictional animals with legs that are shorter on one side. Some examples I discovered are:

So I’m rather pleased to now find myself part of a proud tradition of silly animals with leg-length discrepancies. I hope you’ve learned something useful out of this post – I know I have.

And please, check out the other sites participating in the World Animal Day blog hop. There will be lost of other great posts to read as well as some fantastic prizes.