A special treat from the APG: four for the price of none

This is a big weekend for us at the Alexandria Publishing Group.

We’re offering, not one, or two, or even three, but four of our books for the extra special price of nothing. Not a penny, or a pence, or whatever currency you’re used to. The same price as a cup of coffee, minus the coffee, or a box of chocolates minus the chocolates. And the box.

When you see the listing, you’ll know there are even more reasons to be excited.

Ok, so one of them is from me. I don’t usually like to be the one to blow my own horn, so maybe I should let others do the talking. Reviewers have described Magnus Opum as “totally magical, brimming with imagination and fantasy, and entertaining from start to finish” and “a master work of both parody AND satire rolled into an easy-to-read family-friendly story”, so who am I to argue?

Here’s a little about the other books on offer: 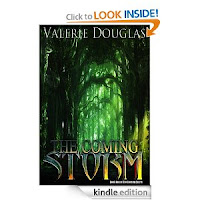 The Coming Storm is by Valerie Douglas, author of the bestselling Song of the Fairy Queen (which has now spent several weeks in the upper reaches of the Kindle rankings). It is an epic fantasy that has been described by reviewers as “Compelling Heroic Fantasy” and “fast moving with strong, well developed characters that are easy to identify with and yet complex.” 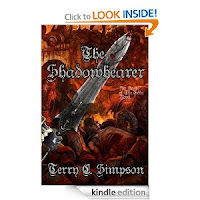 The Shadowbearer is the second book in Terry Simpson’s Aegis of the Gods series. It has been described by reviewers as “a high paced fantasy with all the twists and turns that keep the reader on the edge of their seat” featuring “an original world, a cool system of magic, and some touching character scenes.” 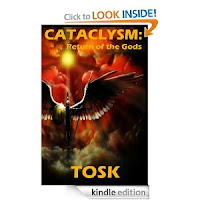 Cataclysm: Return of the Gods is by Stephen King. No, not that Stephen King – the other Stephen King (or TOSK as he likes to be known). An urban fantasy with gods and goddesses aplenty, reviewers have described it as “a great, detailed story that I could not stop reading” and a story that “flows and keeps you interested and emotionally involved.”
So don’t waste any more time. Click on the links below to get over to Amazon now to grab yourself free copies:
– Coming Storm
– The Shadowbearer
–  Cataclysm: Return of the Gods
Oh, and I better not forget – Magnus Opum.