Excerpt from The Beacon by A.B. Shepherd

It’s always a pleasure to have a guest here at Dag-Lit Central. Today, A. B. Shepherd shares an extract from her novella The Beacon.

And if you take a look at her site, you may just find a little something by me. 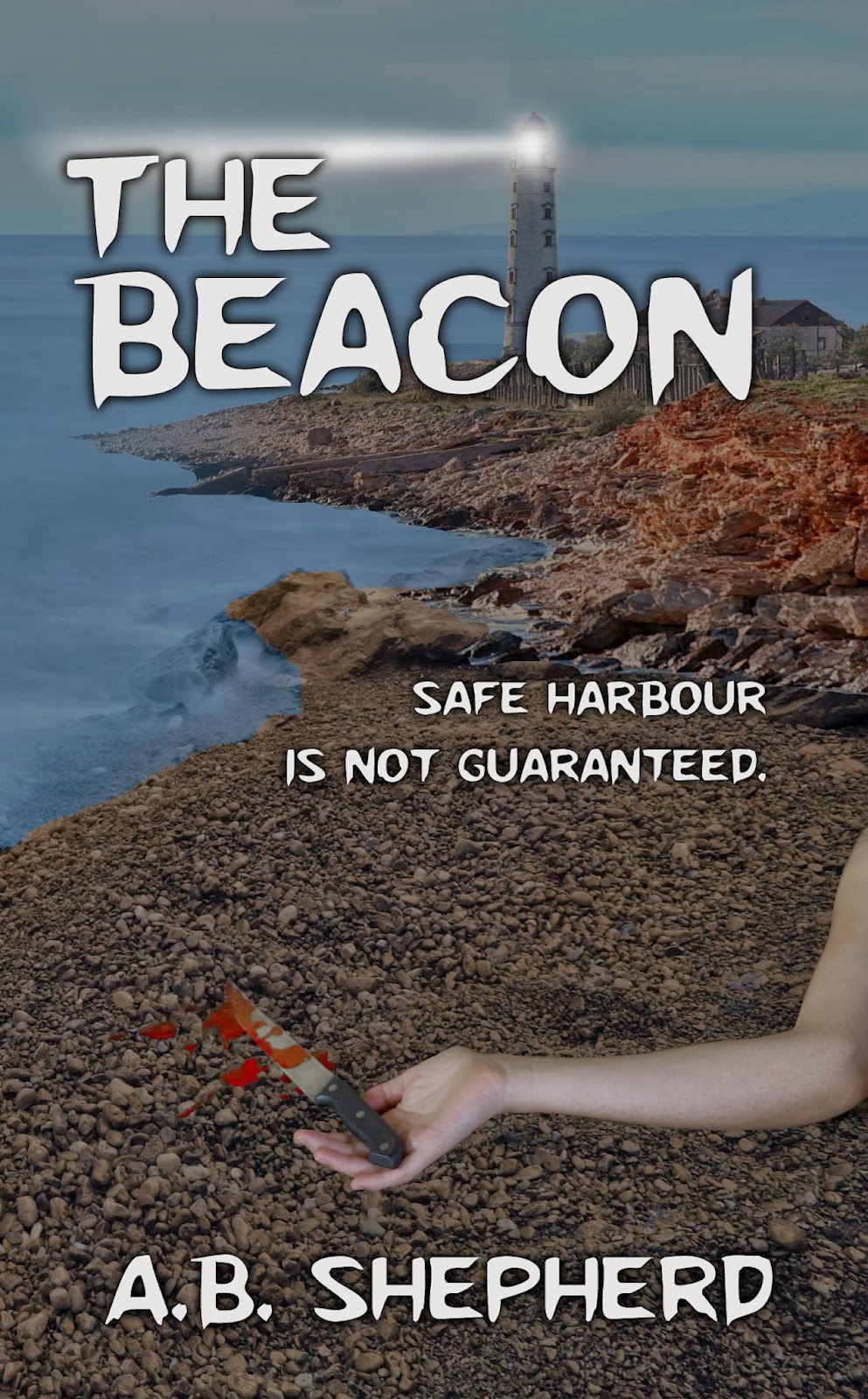 Shivering with cold and fear from a violent dream, I woke with a start. The dream faded as soon as I opened my eyes, but the chill remained. Where had the quilt gone? It no longer covered me and did not lie on the floor at my feet.

Early morning light belied the chill. It streamed through a tiny window high in the stone wall, illuminating the room in a golden glow. No warmth remained from the fire I’d stoked the night before.

I looked to the hearth to see if embers remained that I could spark to life. My jaw dropped in disbelief. I rubbed my eyes, yet the image did not change. The hearth lay empty except for the fire grate. Not only were there no embers burning, there was no ash. It had been swept clean.

I shivered again, teeth chattering as I blew warm air on my freezing hands. No wonder it was so cold. But how? And who?

Looking around, what I saw made my stomach clench and chest tighten. What the hell was going on here? My patient, Ruth, no longer occupied the bed. In fact, the bed was stripped clean and all that remained was a moth-eaten, old feather mattress on the bed frame. No signs of what had taken place the night before remained at all.

My body was clothed in my own tattered jeans and sweatshirt, instead of the flannel gown I’d worn when I’d fallen asleep. I still wore no shoes, and my feet were still freezing. What happened to the bloody nightdress?

Shaking with fear and cold, I left the relative comfort of the rocking chair. Again tiptoeing – I always felt the need to tiptoe in this house – I ventured into the corridor. Peeking into the little girls’ room, I was uncertain what I would find and braced myself for anything.

In spite of my precautions, the wind was still knocked out of my sails. The room was empty save for the bed frame also covered with a worn and tattered feather mattress. This house felt so desolate it was as if no one had lived there for decades.

One door further down the corridor, my own room was also vacant except for the bed, bare mattress and rough furniture. No soft furnishings remained. Even the cross above the bed was gone.

No longer tiptoeing I searched the main room. All of the small items, dishes, everything, were gone, but the furniture remained, although it looked even more worn than the day before. The grate here had also been swept clean.

The kitchen shelves were bare. Not even a scrap of food to be found. My stomach rumbled reminding me I was hungry. Starving in fact. I was so hungry I could eat a horse. Where the heck did that expression originate anyway?

I wanted to let the random thought distract me. Instead I examined the remainder of the house. I needed to solve this riddle.

Could someone really have come in and packed up all the household goods, the kids and Ruth, absconding with them in the middle of the night while I slept and not have disturbed me at all?

Was it possible the man wasn’t dead after all? Had he recovered enough to get help? Or to take off with Ruth, the kids and all their belongings? But why would he have left me sleeping and taken off with his family. A more likely scenario would have been for him to attack me while I slept.

After exploring all the rooms on the main floor, I stood before the spiral staircase at the opposite end of the corridor. As the morning progressed more light came through the high windows, making it easier to see. At the foot of the metal steps I looked up as far as I could see. Although there were rust spots here and there, they appeared to be sturdy enough. Grasping the iron handrail, I took the first step, bouncing a bit on the tread to make sure it would hold. I felt no give. Gingerly, I began to climb, clinging tightly to the handrail just in case. There were so many rungs. I began counting them. The iron felt even colder on my bare feet than the slate floor.

At fifty I quit counting, but I kept climbing. At the top stood a trap door. I gave it a shove and it moved slightly. Pushing with all my upper body strength and using my legs for extra leverage, I managed to shove the heavy door until it fell back, allowing me to climb through. The hatch opened into a tiny little circular room with large windows all the way around. Most of the windows were broken and there were shards of glass scattered across the floor so I didn’t venture off the staircase in my bare feet. In the centre of the tiny room was a giant lantern.

This was no ordinary house. It was a lighthouse. The lantern was shattered too. Apparently this lighthouse had not been operational for some time.

Even from a distance I could see much through the windows. Straight ahead the sea spread out in all its glory. Where the sea met the shore stood the remnants of a short pier, most of it under water, the remainder teetering on its supports. About fifty feet to the right of the pier was a crumbling boathouse. I could see holes in the roof, and a distinct lean to one side.

Unable to step forward for fear of slicing my soles, I stood as tall as I could on my now numb toes, to see through the remaining windows. All I was able to make out were the tops of trees.

I felt a little vertigo as I walked back down the staircase. I needed food, drink and something to cover my blue feet.

I also needed to check to see if the body was where I’d left it alongside the house. I turned a little green at the thought. Maybe food could wait a little longer.

Buy it now – you can get The Beacon for just 99 cents on Amazon.

A book that will leave you questioning your reality. Readers are raving over The Beacon and have likened it to:

Shipwrecked on an isolated island…

How far would you go to help a new friend? Would you kill someone?

How do you know what is and isn’t real? 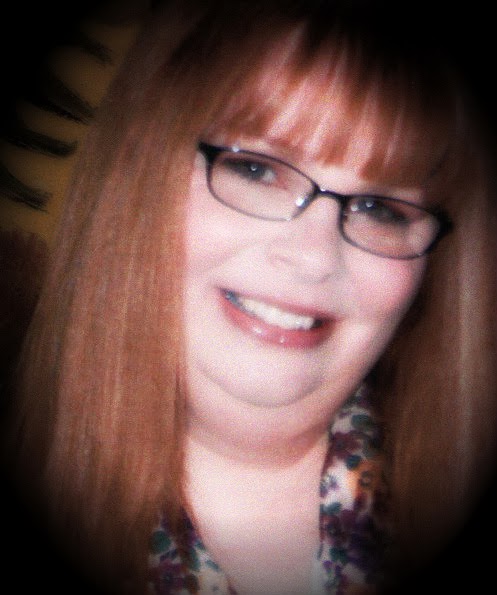 A.B. Shepherd burst onto the literary scene in 2013 with her debut novel, Lifeboat. Lifeboat is a science-fiction novel with heart about a grieving widow who is abducted by aliens.

A.B. soon followed that up with The Beacon, a psychological thriller novella that has been compared to The Yellow Wallpaper, The Tell-Tale Heart, and a Twilight Zone episode.

In late 2014 A.B. plans to launch her two current works in progress, a sequel to Lifeboat, and another psychological thriller – keep your eyes open for them.

Originally from Lansing, Michigan A.B. now lives in the Limestone Coast region of South Australia. When she isn’t writing you can usually find A.B. at seaside or lost in a fantasy world. A.B. loves to hear from readers. If you’d like to connect with her check out her website at www.abshepherd.net, or feel free to email her at TheRealABShepherd@hotmail.com.