It's always a pleasure to be hosting another author, so today I'm looking forward to a visit from a fellow Booktrope author, Michael G. Munz. Hopefully he'll be a lot of fun to hang around with. I think I can hear him knocking on the door and…hang on a minute…Mike, what's that you're holding…

Well hi, everybody! You might have noticed that I am NOT Jonathan Gould. No, I haven't hijacked his blog. He's just a little tied up at the moment, and so he's offered me the pleasure of a guest post. The fact that I was the one who tied him up is immaterial. Whether or not there are live piranhas in that pool over which he's suspended really is not something you need concern yourself with. Rest assured, Jonathan will return, possibly even with all of his original fingers and toes. But I digress.

Given Jonathan's theme of stories that stand out from the crowd, I decided to share with you a little tale of my own. It's the first thing I ever wrote that won a contest and, like me, is probably more than a little weird. The contest in question was WritersWeekly.com's 24-hour Short Story Contest. Writers were given a first line and had 24 hours in which to spawn from it a 1,000-word story. What follows is my effort, which stood out from the crowd enough to take 2nd place. 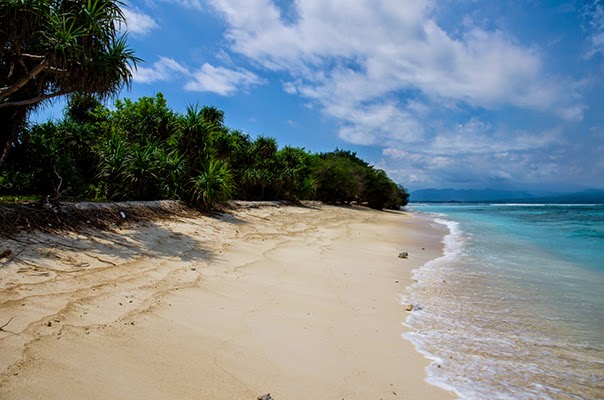 It had taken Tom almost an hour to scramble over the rocks to the hidden beach. He'd had to strap his metal detector to his back and he doubted many other treasure hunters would go to the same trouble. The rocks gave way to an expanse of sand and white driftwood bounded by a high, tree-spotted cliff.

Starting at the water line, he swept the detector back and forth. On his fifth pass, it gave a strong beep. Whatever it was, it was reasonably large and buried two feet beneath the sand. Jackpot! Tom pulled out his collapsible spade and began to dig.

The voice started Tom so much that he nearly drove the spade into his foot. He turned to see an elderly stranger standing a few yards away. Whoever he was, the old man must have liked white. Everything he wore on his short, slight frame—sandals, shorts, T-shirt, even the umbrella he clutched to block the sun—was white.

“Ah, hello,” Tom managed through his disappointment. “I thought I was alone.” At least the man had no metal detector.

“I'm not trespassing, am I? I mean, I didn't think this was a private beach.”

The man chuckled. “Oh, not trespassing. Not private. Go right along.”

“Ah, good. Well, good day, then.” Tom went back to digging in hopes that the man would wander off. He'd had spectators make fun of his hobby before.

Instead, the stranger stepped closer. “Ever found anything good?”

Tom rolled his eyes as he dug. “Sometimes, yeah. It's not a waste of time, if that's what you're implying.”

“Oh, didn't say it were! Or do you have to find the good stuff to be enjoyin' it?” 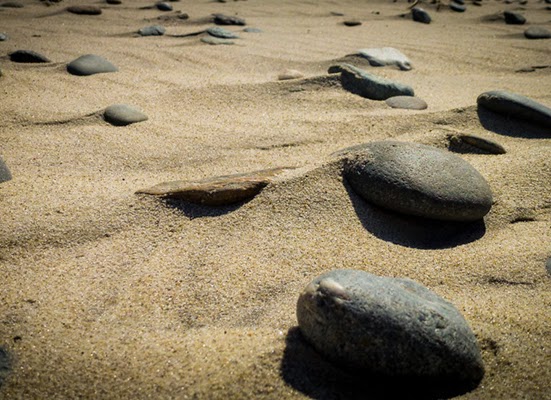 Head down, Tom continued to dig, watching the sand for signs of anything. “Doesn't hurt if I do…”

Tom stood up with a scowl. “Where's your kite?”

The stranger just shrugged with a grin before checking his watch.

“You have somewhere to be?” Tom asked hopefully.

Tom let it go and turned back to his digging. Still the man continued to stand there.

“How you types always know ta come here. …Well, guess ya don't know, but ya do it anyway.”

“Yeah, isn't that interesting.” He cared more about what was beneath the sand than whatever the man was talking about at that point.

“Then 'gain, suppose if ya knew, you lot wouldn't come at all. Or maybe ya would. Some people gets tired of it all, don't they?”

Tom kept digging without speaking. Within moments his spade struck metal, and he switched to using his hands.

“No? Oh, shame, shame. Always ought ta do that. 'Every day like it's yer last,' they say. 'Course, they also say 'Don't talk ta strangers,' and I never understood that one. Guess no one's perfect.”

The old man sat down and, to Tom's relief, ceased his jabbering as Tom swept the sand away from his find. Whatever it was, it was black, long and cylindrical. He kept digging, following the shaft to where it lay beneath some buried white sticks of driftwood. Puzzled, Tom went the other direction where the shaft met a familiar rectangular casing. With a theory growing in his mind, he uncovered more until he saw the tiny screen and was certain. He laughed with surprise.

It was another metal detector.

Yet how had it gotten buried there with the driftwood? It only took a moment's closer look at the “wood” for him to realize what he'd really found. He leaped back in horror.

Tom pointed to the hole. “Bones! There's a skeleton with a metal detector down there!”

The man remained unimpressed. “Yep. Was Victor, I reckon. Came here ta die couple o' years ago. Leastways, I think that was 'is name.”

The old man smiled. “Victor. Brain tumor's what got 'im, I recall.”

Tom looked back and forth from the skeleton to the man. “Tumor? You mean he just…died right here on the sand?”

The stranger nodded. “Looked surprised, too. 'Course, most o' ya look surprised when it happens. Not right sure what brings ya here. Guess it's some sorta instinct.”

Tom stepped back, appalled. He could feel his heart pounding in his chest. “There's OTHERS?”

“'Course there's others.” The man smiled as if Tom had just asked if the sky was blue. “What'd ya expect to find, coming' to a place that's so bloomin' hard ta get to? All that's here's dead treasure hunters. Secret treasure hunter burial ground! Just like elephants, 'cept diff'rent. Somehow ya all knows ta come here when yer 'bout ta die.” A stabbing pain shot through Tom's left arm and he suddenly felt light-headed. The old man cocked his head. “Ya did know ya were 'bout ta die, didn't ya?”

Tom clutched his heart in pain. The last thing he saw as he fell was the sand rushing up to meet him.

As the ocean breeze tugged at his umbrella, the stranger looked down at Tom's lifeless body with a chagrinned grunt. “Pity. Forgot ta get 'is name. Ah, well.” Tom's spade lay in the sand where he'd dropped it. He closed his umbrella, took the spade, and began to dig Tom's grave. “Least they always brings their own shovel.”

So, yeah, I'm a wee bit strange, but show me a writer who isn't and I'll show you a writer who's hiding something. And now, if you'll excuse me, I should really see what that big splash was in the piranha room. 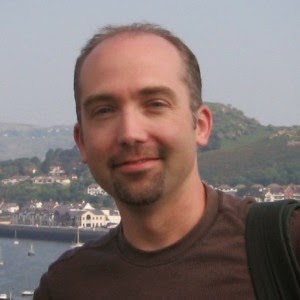 Michael G. Munz is a Seattle sci-fi/fantasy author. His comedic fantasy, Zeus Is Dead: A Monstrously Inconvenient Adventure, was published by Booktrope in July. Michael can be found on Twitter, Facebook, and at www.michaelgmunz.com.