Today I’d like to welcome another visitor to Dag-Lit Central. A.K. Taylor will be talking about how she came to write her books and the influences on her writing.

First off I would like to thank Jonathan, the Dr. Seuss from Down Under, for the invite to share a post along the lines of “Stories that Stand Out”.

Neiko’s Five Land Adventure is the start of a lot of things for me. It was the first book I had ever written—period. I’ll share WHEN this happened shortly. I had a very early writing career, but when I wrote this story I decided on graduating up to books. After writing this book, a saga came into being and just kept growing. Years later, this same book is the one that started my published career.

Now WHEN did I write this book? I was 16 years old—a teenager. It didn’t come out perfect the first time I wrote it, and I made changes over the years of parts of the story. But, the basic storyline stayed the same. After I finished it, I started another book and another… Then I began to draw the characters and maps and color them. I have extensive colored pencil and crayon sets, drawing paper, portfolios, and fine lead pencils. I also have a notebook stashed full of notes and other secondary sketches of objects and ideas.

At first, I never thought anything about publishing. I mostly did this for fun, but people talked me into publishing (that’s a whole different story). Furthermore, most writing by teenagers doesn’t survive and make it to the market. Most of the time, they are discarded or hidden in a dresser drawer or a hard drive and never seen again. They are entombed and will never see the light. It may not be the best book I had ever written since it is the first story and the world-builder for a bigger picture.

Neiko’s Five Land Adventure is also illustrated—not on every page. I did this to show the reader and to be able to express my artistic side as well. The cover and illustrations are based off of my design and from my character sketches and put together by an illustrator. However after book #2 Escape from Ancient Egypt comes out I will need to find a new illustrator since I am not working with the company that did them anymore (long, toxic story.) 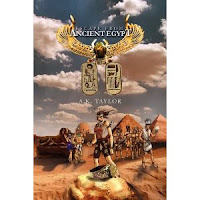 Escape from Ancient Egypt was also written by a teenager, but has undergone some changes after editing or something was unsatisfactory or inaccurate. It too has visual art with the written text. It will be released sometime this year. However, I have a stack of books that are ready to be edited and published and still writing!

All I really want from readers is that they have fun reading the books as much as I had writing them. I didn’t write them to be the greatest literary work that ever existed; they are just to be enjoyed and fun. I concentrated on imagination rather than literary perfection, but that doesn’t mean I didn’t edit the book or make sure an effort for things to fit together properly.

I didn’t write this book for grown-ups. I wasn’t a grown-up when I wrote it, lol. It’s for upper middle grade and young adults—but the big kids at heart really enjoy, too.

The plot itself is unique and original. It is based off of my own childhood adventures in the backyard and in the woods. A Native American secret society hidden in plain sight, parallel worlds, immortal evil, travel to another universe from Earth, are just a few of the surprises in this book alone. Neiko’s Five Land Adventure is just a piece of a bigger picture. There will be more than seven books; I passed that amount years ago.

Well, that’s about it. I need to save room for questions if there are any. Thanks for stopping by! 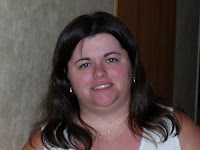 AK Taylor MG/YA fantasy/scifi author, artist, beekeeper, amateur scientist, gamer, blogger, marksman and avid outdoor sportsman. Complete chocoholic. Graduate from the University of Georgia with a Biology degree. Taylor lives in the backwoods of Middle Georgia aka the “Land of Pine Trees and Rattlesnakes” with her husband and animals.

You can connect with her at:

**Also available at Sony, iBookstore, Kobo, and other retailers.