Whether I live or die – guest post by Stacy Eaton

Today I’m really pleased to have another guest – Stacy Eaton is here to talk about her new release, Whether I’ll Live or Die.

So take it away, Stacy. 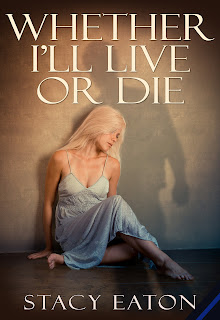 Jonathan was gracious enough to invite me to his blog today and talk about my newest novel, Whether I’ll Live or Die. Thank you Jonathan!!! It is always a pleasure to reach out and visit with other authors and their readers.

Jonathan asked me to write a guest post talking about why Whether I’ll Live or Die (WILoD) is different than other novels.  I have to say that this was a very different request and I had to spend some time thinking about the true answer to that. After some long hours of throwing it around in my mind, I found that I really liked that he asked me to write about that topic.

Before I get into the answer, I feel it is only necessary to explain to you what WILoD is about.  This novel was officially released on July 13, 2012. It is a very intense and emotional novel dealing with the very serious topic of domestic violence.  Here’s the book blurb for you to see real quick:

“It sounded so simple in theory; ready… aim… fire… but what actually transpired was so much more.”

Officer Nicole Nolan holds the gun steady in her hands, knowing that life will be forever altered once she pulls the trigger. Her position as a small town police officer is to protect those who cannot protect themselves. It is her job, her career and her life.

Amanda stands where protection does not exist. With several failed relationships behind her, Amanda turns a blind eye to the possessiveness Josh displays in order to sooth her desperate need to be loved. As the mental abuse turns violent, Amanda must deal with the denial and embarrassment of being a victim once again. With her emotional and physical health siting on the edge, she must fight to regain control of her life.

A gripping story with one final destination, but will it be life or death?

Now out there in the market are many books that bring to light the effects of domestic violence. Some of them are written by the victim spilling the truth of pain and torment, some are written from an author’s perspective and they use what they have learned from research in a fictional manner.  This book was written giving you both.

Many years ago I witnessed domestic violence firsthand. I knew what it felt like to feel the physical and emotional pain. I know what the lack of self-esteem can do to a person and I know the fear they have not only of the attacker but also the fear of what others will think about them in society.

Now, I am a police officer. I see even more domestic violence in my job on a daily basis and I have to help the victims and the families deal with it. I also have to deal with the legal aspects of it.

Putting these two things together gave me an edge to write this story in a way that I could show people what happens when the doors are closed and the neighborhood is quiet.

Maybe you have stood at your front door and watched police show up at your neighbor’s house and wondered what was going on. Or your friend showed up with an unexplained bruise and some wild excuse for how they got it. Stepping into the pages of WILoD will give you, the reader, and advantage of understanding a very serious issue that too many people deal with on a daily basis.

This is not a light hearted story. There is some very minor romance, only to show there is good in the world, but this story was meant to bring the raw emotion to light for those who have never witnessed it. It was written to show families they can get help and there are people who will listen. These words were written so the voice of the victim could be heard and instead of you saying, “Man, I can’t believe she stays with that guy”, you will say “I understand how hard it is to leave that situation, is there anything I can do to help”.

I’m not asking people to jump into a situation that is none of their business, but I want people to know that while it mostly happens behind closed doors, it needs to be discussed.

Do I think this is a great book? Of course, I wrote it, lol… but what shows me it is a great book is that I am reaching people. I am showing people who have never had to face abuse what it is like. I am showing them that if someday they are abused, then there is hope. I have had all kinds of people read this. People who were true victims, people who have never seen abuse. People who have lived it through family members, police officers, social workers, mothers, fathers, dispatchers and other authors.  All of them have said basically the same thing. Wow, intense…  And that to me is the absolute best I can ask for.

Thank you Jonathan for allowing me to visit your blog today. It is an honor to be here and to visit with your readers. 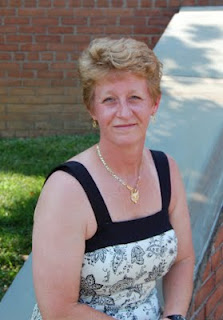 Stacy is a full-time Police Officer who enjoys crime scene investigation above all else. She also owns a business that deals with helping people get the awareness out for the causes they care most about. She is a mother of two and her husband is also in law enforcement. She is very much into photography and carries her Nikon Digital SLR with her almost everywhere, just in case. She also has two Shiloh Shepherd dogs and loves to play catch with them.

Stacy uses her experience at work to make the stories more believable, weaving bits of crime solving knowledge into her stories of fiction to make them more lifelike. She writes using a unique style that keeps you in the minds of all the important characters. Switching back and forth from mind to mind to keep the readers aware of what each character is feeling and why they do the things they do.

Her first book, My Blood Runs Blue was the start of her writing career.  It brings the world of law enforcement into the paranormal world of vampires. It is a suspenseful adult series that will keep you guessing from chapter to chapter. Book one, My Blood Runs Blue, was published April 2011 and is currently available in paperback, hardcover and e-book editions. Book two of the series, entitled Blue Blood for Life was released September 2011 and like book 1 made International Best Selling lists on Amazon very quickly.  The third book of this series is in the plot and characters development stage. She is hoping to have it completed and published in the winter of 2012.

Stacy is also currently working on several different novels. The first one is called Liveon. Using a similar writing style as her series, this book brings to life Detective Jacquelyn Liveon as she tries to protect a movie star who is being threatened. While this book is well on it’s way, it has been put to the side to make way for another book that she is working on.

Whether I’ll Live or Die was released on July 13th! This book is a fictional story about a young woman named Amanda who deals with the pain and emotional issues of Domestic Violence. You will read about how Amanda deals with the things life hands her while you follow Nicole Nolan as she grows at her new job as a police officer. This book is very emotional and intense as it deals with the all too real problems that face people in violent relationships.

“This book is absolutely riveting, taking you on a kaleidoscope of emotions…”

“WOW – That was Powerful! So well written I felt like I was right there.”

“The story is phenomenal and beautiful in an emotion way.”

“Thank you Ms. Eaton for this excellent story of a very heartbreaking fact of life.”

“Life changing, compelling and heartbreaking are just a few of the words I would use to describe author Stacy Eaton’s novel…”

“This book is raw and real.”