Why I write magic realism: guest post by Tahlia Newland

Today I’m delighted to have a visit from my friend, Tahlia Newland author of You Can’t Shatter Me, a new young adult novella with an inspiring and empowering message for solving bullying. Tahlia writes magical realism and contemporary fantasy for young adults & adults. She has two short stories available free on kindle for a limited period, Not Me, It Can’t Be from 28th June to the 2nd July and A Hole in the Pavement from 3rd to 7th July.

Why I write magic realism

Magical Realism is a genre of fiction in which magical elements blend with the real world. They’re written as real occurrences, presented in a straightforward manner that places the “real” and the “fantastic” in the same stream of thought. In my writing, the magical elements take the form of analogies or extended metaphors for character’s inner experiences.
Sometimes the lines between magical realism and fantasy can become blurred, but the writing is more powerful if the genre stays within its boundaries.  The difference between the two genres is that fantasy uses ordinary metaphors in a magical or fantasy world, whereas magical realism uses magical or fantastic metaphors in a real world. The magical aspect is a way of illuminating reality, rather than taking us into an unreal world.
I started out writing fantasy then realised that because my fantasy elements were often analogies for real things, it bordered on magical realism. I wrote a couple of magical realism stories for my short story collection A Matter of Perception and after readers raved about A Hole in the Pavement, (available now as a separate ebook on kindle) I thought I’d try my hand at more in the genre.

The beauty of magical realism is that it allows you to highlight and emphasise aspects of ordinary life in a highly imaginative and evocative way. I’ve always been fascinated by the mind and how it shapes our perception, but in a normal novel, if you spend too long on a characters thoughts and feelings, it can get boring.

With magical realism, I can express the character’s inner experience in a more interesting and powerful way by providing a visual image. For example when Dylan, the main male character tries to decide what subjects to choose for school the following year, words fly around the room and attack him, and when Carly, the female lead, battles doubt in herself, she uses laser light from her heart to destroys a huge purple doubt dragon.

The subject matter for You Can’t Shatter Me is bullying, which could be too real for some, but if you turn it into fantasy, it becomes too unreal to relate to people’s lives. Writing about real kids in a very real situation but with magical elements to illuminate the character’s inner development was the perfect choice for You Can’t Shatter Me.

Synopsis: You Can’t Shatter Me

Sixteen year old Carly wants to write her own life and cast herself as a superhero, but when she stands up to a bully, the story gets out of her control. Dylan, a karate-trained nerd who supports her stand, turns out to be a secret admirer, and Justin, the bully, makes Carly his next victim. While romance blossoms, Dylan faces attacking words, an unreliable movie director, a concrete habit that requires smashing, and an unruly Neanderthal. Meanwhile, the bully’s increasing harassment forces Carly to deal with flying hooks, unflushable cowpats, and deadly dragons. An old hippie shows her an inner magic that’s supposed to make her invincible, but will Carly learn to use it before the bully strikes again and Dylan resorts to violence?

Book Links for You Can’t Shatter Me

If you’d like to be notified when the paperback is released please fill in the form here. 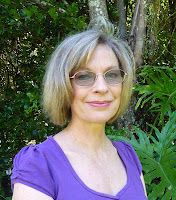 Tahlia is an avid reader, an extremely casual high school teacher, an occasional mask-maker and has studied philosophy & meditation for many years. After scripting and performing in Visual Theatre shows for 20 years, she is now a bone-fide expatriate of the performing arts. She lives in an Australian rainforest, is married with a teenage daughter and loves cats, but she doesn’t have one because they eat native birds.

Don’t forget to pick up one of Tahlia’s free short stories for your kindle, Not Me, It Can’t Be from 28th June to the 2nd July and A Hole in the Pavement  from 3rd to 7th July.